As a result of the critical nature of the reconstruction of the Jackson Blvd Viaduct Over Union Station and the large amount of utilities supported by the existing structure, the City provided an allowance in the contract for the relocation of the facilities. F.H. Pachen, SN Nelson, the City’s General Contractor for the project, contracted with HBK to independently investigate and resolve the utility impacts. The City’s Contract drawings listed 58 separate facilities attached to the viaduct structure. HBK conducted an independent determination of the existing infrastructure surrounding the project area, including building services to establish facility ownership and status of operations. To complete the independent investigation, HBK conducted a topographic survey of the area surrounding the Project Site, Jackson from Clinton to the River, Canal from Adams to Van Buren. In addition, HBK field engineers coordinated and accessed all of the manhole structures surrounding the project sites. A detailed historical records research of both the information provided through CDOT’s OUC process and meetings with the adjacent building owners was conducted to be able to identify the building service size, location and utilization. HBK also conducted a thorough survey of the underside of the Jackson Blvd Viaduct via personnel lifts to physically label each facility. Together all four data collection tasks were combined into a composite base map and used to establish the overall utility relocation impact. 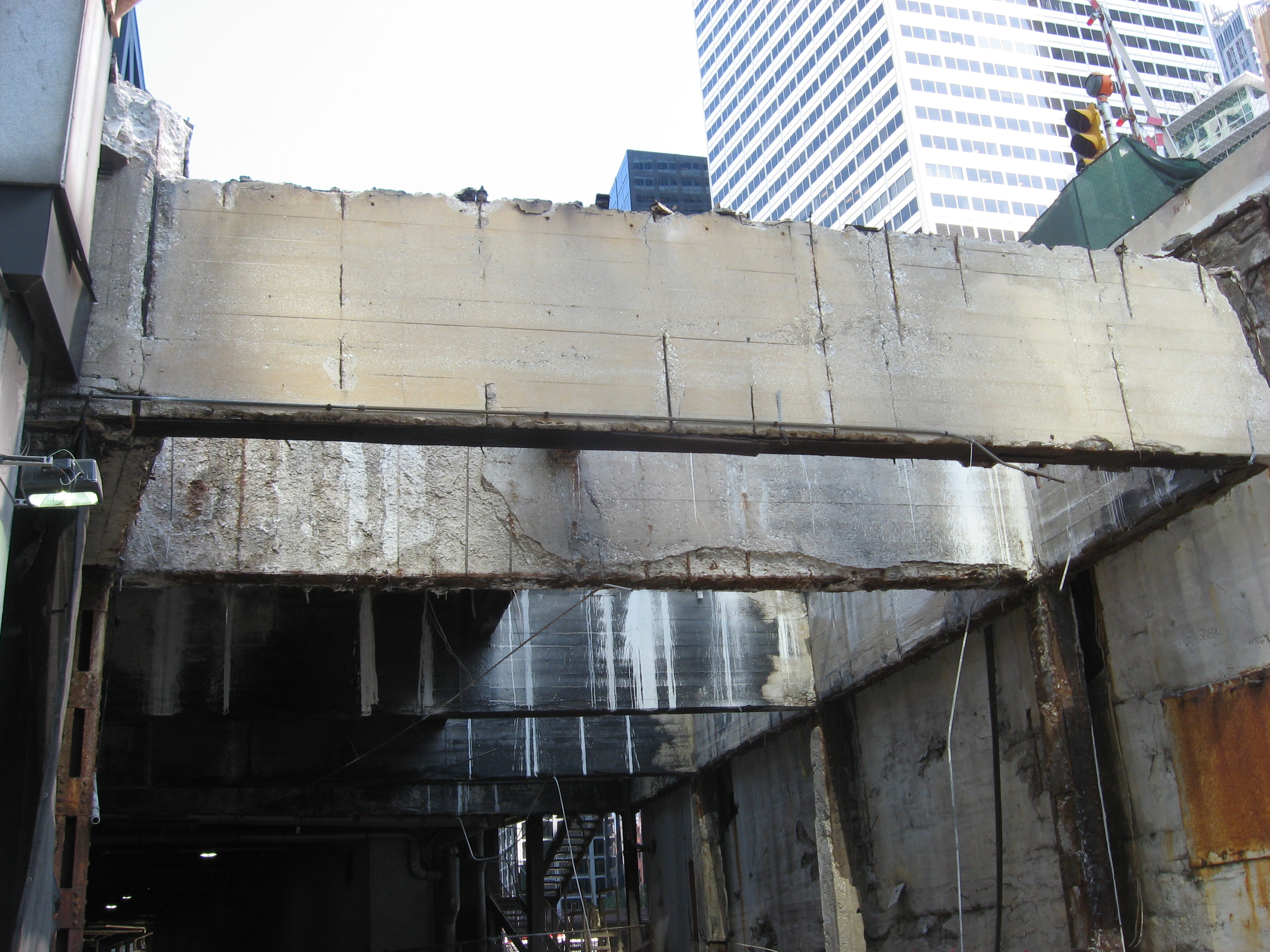